What is Bear Market Economics

“Bear Market Economics” is not a science; it is a phenomena of "political economics", requiring perspective from a variety of disciplines to understand. We are influenced by behavioral economics. We derive focus from the marketplace, the commons and political activity of individuals and organizations. We utilize a variety of fields of inquiry including regulation, distributive politics, elections, corporate politics, public policy, social welfare, scientific and science policy, political participation and collective action, interest groups, constitutional choice, legislative behavior and organization, judicial institutions, bureaucracies, comparative institutions, cooperative political economy, macro political economy, allocation of resources, the environment, ecology, law and economics, business and government, how markets affect and impact the public and the commons. The orientation to these topics tends to be descriptive and positive rather than normative. 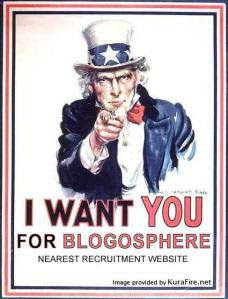 "Capitalism is preferentially identified by its euphemisms: "Free Enterprise," "market system," "private enterprise." "the American Way," etc. Overt and pervasive partisanship in support of capitalism is not regarded by the American media as an ideological bias negating professional "objectivity" but rather comparable to the serene acceptance of natural laws."

Building Alternatives: Yes We Can

How to Succeed in Business

HSP Plus and Beyond

Of Plutocrats and Plutocracy

Other Issues Our Revolution Continues

Save the Middle Class

SISU: A Foundation for Action

The Case Against GMO Safety

The Case Against Recreational/Social Drug Use

The Case for Universal Health Care

The Road to POTUS

The Religious Right and the Tea Party Movement

To See Ourselves As Others see Us

What Good Do They Do?


Posted by NOTES FROM THE WILDSIDE at 3:47 PM No comments: